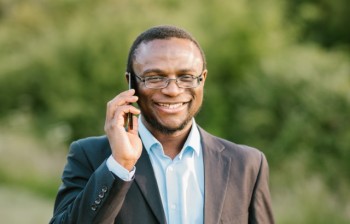 This news story is part of the Queen Mary Staff Profile communications campaign.

Dr Musa Abdulkareem is an Honorary Research Fellow at Queen Mary University of London and Principal Research Scientist on the Barts Life Sciences CAP-AI programme, where he has been working with Professor Steffen Petersen to use Artificial Intelligence in analysing cardiac MRI scans. In this Q&A, Dr Abdulkareem reflects on the progress of the project over the last 15 months and talks about his future ambitions of maximising AI's huge potential in healthcare.

Can you tell us about the project you've been running over the past 15 months?

Cardiovascular diseases cause around 18 million deaths per year around the world and up to 460 deaths in the UK per day. Ischaemic heart disease constitutes up to 46 per cent of those deaths for males and 38 per cent for females. It occurs when the blood supply to the heart is inadequate, and the most common cause of that is myocardial infarction, or heart attack. The damaged area is called an infarct or a 'scar' and it causes loss of contraction in that area of the heart muscle.

Cardiac magnetic resonance imaging (CMR) has proved to be very effective in diagnosing damage due to heart ischaemia. This normally involves heart imagers trying to identify the location and the degree of the scar from CMR images obtained after contrast administration.

The aim of our project is to analyse CMR images that will allow us to develop techniques using artificial intelligence (AI) that will enable us deduce the location and extent of scar as accurately as possible without having to administer contrast agent to patients. Eliminating the need of contrast administration has a lot of benefits, as some patients cannot be safely given the agent due to allergies or severe kidney disease. It will also improve safety and save both time and cost.

What have been your project's greatest achievements?

At the core of developing AI algorithms and models is data. One needs a good dataset in order to develop models.

For projects like ours, dataset preparation is often a very onerous task: firstly, you are dealing with data of consented patients which needs to be anonymised to satisfy information governance guidelines; secondly, you are dealing with data formats developed in the 1980s and 1990s that are not suitable for developing AI models; thirdly, you will have to deal with how to select the right dataset you want from the dataset collection; and fourthly, you will have to put the selected dataset in formats that are suitable for feeding AI algorithms.

These tasks altogether can constitute more than 95 per cent of the time you spend on a project as an AI scientist. However, it is the part of the project that is not often celebrated or even mentioned but it is extremely crucial as everything else depends on getting this data preparation stage right.

Starting from scratch at the beginning of this project, we have been able to establish a data preparation pipeline that accomplishes all these tasks, which is the greatest accomplishment so far. Most of the work we are doing now is on developing and implementing different AI algorithms to identify which of the models work and to what level of accuracy.

What excites you most about the work you have done during CAP-AI?

The project topic particularly excites me in that, if successful, it would immediately be useful to thousands of patients, nationally and internationally.

I am also grateful to be working on real-world data of consented patients of Barts BioResource, the local biorepository of Barts Heart Centre (Barts Health NHS Trust) – the highly valuable CMR data is unique in the world, and as an AI research scientist, you really cannot ask for a better dataset to do your work.

And I have been working as part of Professor Steffen Petersen's team at the Centre for Advanced Cardiovascular Imaging (Queen Mary University of London, and part-funded by Health Data Research UK) which consists of clinicians, many of them having backgrounds in AI, AI Ethics and general computer science. Clinicians with these areas of expertise serve as a bridge between AI and cardiovascular medicine and it has really been exciting and rewarding working with this highly skilled and supportive team.

What connections have you made in Barts Health, Queen Mary and externally as a result of the programme?

I have presented my research to the Barts Life Sciences Board, meeting with people at the top level of the organisations, such as Prof. Colin Bailey, President and Principal of Queen Mary, and Alwen Williams, the Group Chief Executive of Barts Health.

Externally, I have been able to present my work at the SmartHeart Programme (Imperial College London). Also, together with Prof. Petersen, we have helped advise the UK Government's Office of Life Sciences on the applications and challenges of deploying AI tools within the NHS.

Circle Cardiovascular Imaging Inc., a Canada-based company with more than 150 employees and a global leader in software for cardiac image post-processing analysis, is a commercial partner for my CAP-AI project. The research team at Circle have been very supportive of my project and hosted me at their office in Calgary for two weeks in 2019.

Tell us about your future career plans and how your project will progress after CAP-AI.

With Prof. Petersen, I have secured funding (through Health Data Research UK and Innovate UK) until at least April 2022 to continue and expand on my project.

I believe AI has huge potential in healthcare and that we are only beginning to scratch the surface of the possibilities. I would like to establish myself as a leading AI expert within the Trust. That would require a lot of hard work (such as publishing our work, securing grants, building a team of AI experts) but it is not insurmountable. In the long term, I see myself leading research teams working on the applications of AI in Healthcare both in academia and industry.

The CAP-AI programme is funded by the European Regional Development Fund and Barts Charity.