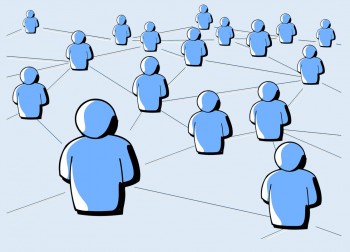 An international research collaboration, involving scientists from the UK, US and Spain, has shed new light on the usefulness of digital contact tracing (DCT) to control the spread of Covid-19.

The study, published in Nature Communications, assessed the effectiveness of the Spanish DCT app, Radar COVID, following a 4-week experiment conducted in the Canary Islands, Spain between June-July 2020.

For the experiment, funded by the Secretary of State of Digitalisation and Artificial Intelligence (SEDIA), the researchers simulated a series of Covid infections in the capital of La Gomera, San Sebastián de la Gomera, to understand whether the Radar COVID app technology could work in a real-world environment to contain a Covid-19 outbreak.

They found that over 30 per cent of the population adopted the technology and it was able to detect around 6.3 close-contacts per infected individual, which was over two times higher than the national average detected using manual contact tracing alone.

However the researchers suggest that the app's success is dependent on effective national and local communications campaigns to encourage people to download and use the app in the first place.

Dr Lucas Lacasa, Reader in Applied Mathematics at Queen Mary University of London and author of the study, said: "Whilst digital contact tracing has been suggested as a valuable complement to manual tracing programmes, and even already been adopted in several countries, until now we haven't had any real experimental evidence to prove the effectiveness of this technology."

"Overall our results were positive and show that the technology works and if accompanied by appropriate communications campaigns, it should reach the levels of adoption and compliance needed to support other non-pharmaceutical interventions to contain outbreaks."

DCT relies on the use of mobile phone apps to trace contacts and notify individuals of recent contact with others who have recently tested positive for Covid-19. It has already been introduced in countries worldwide to support manual contract tracing efforts but until now their usefulness in real-world outbreak settings has not been tested.

Aside from the effectiveness of these approaches several other concerns have been raised regarding their use such as the potential detection of a high number of false close-contacts, low adoption and adherence, and privacy issues.

"Some of the concerns from the healthcare sector around DCT relates to whether these apps could trigger avalanches of false close-contacts, and as a result false positives that could overwhelm primary healthcare resources," said Professor Alex Arenas, Professor of Computer Science and Mathematics at Universitat Rovira I Virgili (Spain), and author of the study. "However we didn't see this in our experiment and the number of close-contacts detected was about the same amount we'd expect from existing data. We also saw that the adoption was above the threshold needed for the app to be efficient."

Radar COVID is a Bluetooth-mediated DCT technology based on the Apple/Google protocol. The technology adopts a privacy by design approach, aiming to maintain user anonymity with features such as a lack of login or identification requirements and the user's ability to remove or de-activate the app at any time.

Dr Lacasa added: "Whilst from a user perspective the privacy preserving features of this app are beneficial, it severely limits the amount of data that we could collect to accurately assess its performance. So whilst our results are very promising they need to be treated with caution and further analysis is required to understand to what extent having the app triggers behaviour change, for example how many of those that receive an alert but decide not to follow up with primary care actually still self-isolate."