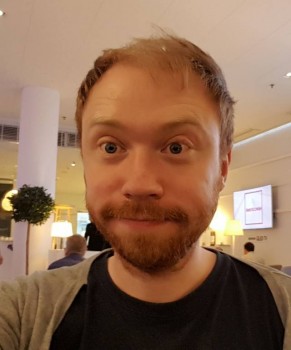 Using the COVIDGuardian tool, cybersecurity experts assessed 40 Covid-19 contact tracing apps that have been employed worldwide for potential privacy and security threats. Their findings include that: (i) 72.5 per cent of the apps use at least one insecure cryptographic algorithm, (ii) three quarters of apps contained at least one tracker that reports information to third parties such as Facebook Analytics or Google Firebase, and (iii) whilst most apps were free of malware, the Kyrgyzstan app Stop COVID-19 KG was discovered to have malware.

Following their analysis, the researchers released the results to vendors. Further testing later found that privacy and security weaknesses on four apps had been fixed, and one vulnerable app was found to no longer be available.

Dr Gareth Tyson, Senior Lecturer at School of Electronic Engineering and Computer Science and Deputy Director of the Institute of Applied Data Science at Queen Mary University of London, said: "With the pandemic there was a rapid need for contact tracing apps to support efforts to control the spread of Covid-19. Unsurprisingly we found that this had resulted in some relatively mainstream security bugs being introduced worldwide. Some of the most common risks relate to the use of out-of-date cryptographic algorithms and the storage of sensitive information in plain text formats that could be read by potential attackers."

"Our work is helping developers to address these problems. Through COVIDGuardian we've produced a tool that can be used by developers to discover and fix potential weaknesses in their apps and share guidelines that will help to ensure user privacy and security is maintained."

As part of the survey, volunteers were also asked about their preferences with regards to decentralised and centralised apps."Security and privacy concerns have been a big issue affecting the uptake of these apps. We were surprised that the debate around decentralised vs centralised apps didn't seem so important and, instead, users were more focused on the exact details of what private information is collected. This should encourage developers to offer stronger privacy guarantees for their apps," added Dr Tyson.

Research publication: 'An Empirical Assessment of Global COVID-19 Contact Tracing Applications' Ruoxi Sun, Wei Wang, Minhui Xue, Gareth Tyson, Seyit Camtepez, Damith C. Ranasinghe. The paper will be presented at the International Conference on Software Engineering on May 23-29 2021. A copy of the paper is available at: https://arxiv.org/abs/2006.10933.