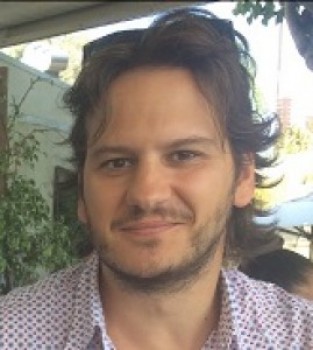 This article was originally published in Nature on 22 February 2021.

Evaluations find apps are useful, but would benefit from better integration into health-care systems.

Since the beginning of the COVID-19 pandemic, dozens of countries have deployed digital apps that attempt to identify people exposed to the SARS-CoV-2 coronavirus and stop onward transmission. But evidence that these 'contact-tracing' apps work has been hard to come by, because most collect limited data to protect users' privacy. Now, studies from a handful of nations show mounting evidence that apps can help prevent infections and are a valuable public-health tool.

"These data are really appreciated, especially when it comes to decision-making — should we adopt the app or not?" says epidemiologist Viktor von Wyl at the University of Zurich, who has been evaluating Switzerland's SwissCovid app.

Researchers say that contact-tracing apps won't by themselves bring the pandemic under control. But the results show they are useful, providing that they have adequate political backing and are properly integrated into public-health systems.

Contact-tracing apps are installed on smartphones, and many involve the Google/Apple Exposure Notification (GAEN) system, which uses the phone's Bluetooth signal to detect when two app users are close to each other — typically, within 2 metres of one another for more than 15 minutes. Users are notified if someone they have come in contact with tests positive. The exposed user can then get tested or quarantine, which should help to prevent onward transmission.

The GAEN system prevents health authorities from gathering personal information about app users or their devices, thereby helping to address privacy concerns raised early in the pandemic. (This is not the case for all contact-tracing apps. Singapore's TraceTogether app has attracted criticism because the data that it collects could be used by police in criminal investigations.)

On 9 February, researchers in Britain released an evaluation of the National Health Service (NHS) COVID-19 app, which was launched in England and Wales late last September. The evaluation, which has not yet been peer reviewed, found that the app sent out 4.4 exposure notifications for every user who tested positive for SARS-CoV-2 and agreed to the app notifying their contacts. That was more than twice the average of 1.8 contacts notified through manual contact tracing.

The team then used two methods — a mathematical model and a statistical comparison of neighbourhoods that differed in app usage — to estimate that the app might have helped to avert more than 224,000 infections between October and December 2020. The model assumed that about 61% of people who received an exposure notification and were instructed to quarantine for up to two weeks followed that advice. That is slightly lower than the results a 13 January survey in the United Kingdom, which found that about 80% of people directed to quarantine did so.

So far, the app has been downloaded on more than 21 million phones, with about 16.5 million regular users. That's roughly 28% of the population, or 49% of people with compatible phones. "The numbers in the UK are good, but still not impressive," says mathematician Luca Ferretti at the University of Oxford, UK, who worked on the analysis. The team estimates that every 1% increase in app users — above a minimum of 15% — reduces the number of infections by 0.8–2.3%.

But von Wyl says it is difficult to conclude that infections and deaths were averted because people used the app. "Having people who are notified by the exposure notification doesn't mean that they would not have ended up on the radar of manual contact tracing," he says.

Still, the UK team's results mirror what other groups have found. A pilot study of Spain's Radar Covid app, conducted in the Canary Islands in July and published last month, also found that the app notified roughly twice the number of people exposed to simulated infections, compared with manual contact tracing. And an evaluation of the SwissCovid app, published as a preprint in February, found that the app boosted the number of people in quarantine in Zurich last September by 5%, and 17% of these people tested positive.

Von Wyl says that even though the numbers might seem low, the contribution is meaningful. "Averting one case now, or one transmission now, potentially prevents further transmissions downstream," he says.

Digital contact tracing is particularly effective at identifying contacts who don't live together. Von Wyl and his team calculated that non-household contacts notified of exposure by the SwissCovid app entered quarantine a day earlier than did those notified through manual contact tracing. The NHS COVID-19 app also shortened the delay to quarantine by 1–2 days, says infectious-diseases modeller Christophe Fraser at the University of Oxford, who led the evaluation.

But researchers have identified barriers to an app's effectiveness, such as how well the app is integrated into the local health-care system.

In Switzerland, for instance, users of the SwissCovid app who test positive are given a code from their local health authority or doctor that they must then input into the app to alert their close contacts. This makes the system manual rather than automatic, says von Wyl. When COVID-19 infections surged at the end of 2020, overwhelmed health authorities had less time to generate these codes, says von Wyl. "This is a bottleneck," he adds.

A similar situation exists in Spain, says Lucas Lacasa, a complex-systems mathematician and IADS member at Queen Mary University of London, who led the Canary Islands pilot. There are 17 autonomous communities across Spain, and not all promote Radar Covid's use or promptly issue a code to people using the app who have tested positive, says Lacasa. This means that notifications aren't always sent to app users who might have been exposed to infection. "It's very disappointing," he says.

The NHS COVID-19 app, by contrast, automatically issues codes to users who test positive, so they can initiate the notification process on their phone.

One way apps could improve is in how they measure exposure risk, says Joanna Masel, an evolutionary biologist at the University of Arizona in Tucson who is leading a pilot study of the COVID Watch app at the university. "The techies have really focused on the distance aspect," says Masel, who is also head of science at WeHealth, a public benefit corporation in California that manages development of COVID Watch.

She would like to see apps that can predict risk of exposure according to how infectious a person is. For instance, apps could build in information about whether a user has a more infectious variant of the virus — if that information is available — as well as whether exposure occurred indoors or outdoors.

But von Wyl cautions against expanding an app's functions beyond what the public will accept. "It's a fine balance between adding more information, or getting more information out of it, but then possibly losing more users because fears of privacy have increased," he says.