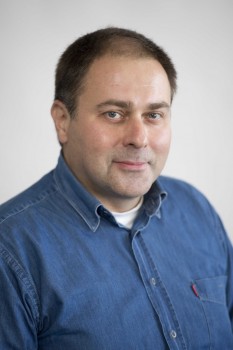 Researchers have confirmed the existence of magnetic plasma waves, known as Alfvén waves, in the Sun's photosphere.

The study, published in Nature Astronomy, provides new insights into these fascinating waves that were first discovered by the Nobel Prize winning scientist Hannes Alfvén in 1947.

The vast potential of these waves resides in their ability to transport energy and information over very large distances due to their purely magnetic nature. The direct discovery of these waves in the solar photosphere, the lowest layer of the solar atmosphere, is the first step towards exploiting the properties of these magnetic waves.

The ability for Alfvén waves to carry energy is also of interest for solar and plasma-astrophysics as it could help explain the extreme heating of the solar atmosphere - a mystery that has been unsolved for over a century.

Within the solar atmosphere bundles of magnetic fields, known as solar magnetic flux tubes, can form. Alfvén waves are though to manifest in one of two forms in solar magnetic flux tubes; either axisymmetric torsional pertubations (where symmetric oscillations occur around the flux tube axis) or anti-symmetric torsional pertubations (where oscillations occur as two swirls rotating in opposite directions in the flux tube).

Despite previous claims, torsional Alfvén waves have never been directly identified in the solar photosphere, even in their simplest form of axisymmetric oscillations of magnetic flux tubes.

In this study, the researchers used high resolution observations of the solar atmosphere, made by the European Space Agency's imager IBIS, to prove the existence of anti-symmetric torsional waves first predicted almost 50 years ago.

They also found that these waves could be used to extract vast amounts of energy from the solar photosphere, confirming the potential of these waves for a wide range of research areas and industrial applications.

The research was led by Dr Marco Stangalini, Italian Space Agency (ASI,Italy) and scientists from seven other research institutes and universities, including Queen Mary's Dr David Tsiklauri and PhD student Callum Boocock, were involved in this groundbreaking discovery.

In addition to these observations, researchers at Queen Mary performed numerical simulations to explore the excitation mechanisms of these elusive waves.

The Queen Mary researchers designed and set up a magnetohydrodynamic (MHD) simulation, which are used to model the dynamics of magnetised fluids like those found in the solar atmosphere, to reproduce the team's observations.

Dr David Tsiklauri, Visiting Senior Lecturer at Queen Mary's School of Physics and Astronomy, said: "What was amazing is that our idea that linearly polarized Alfvén Wave driving at the bottom of a magnetic flux tube will result in the generation of torsional oscillations in the entire flux tube held true for a wide range of physical parameters. Both observations and simulations were signalling the discovery of Alfvén waves."

Callum Boocock, a PhD student at Queen Mary's School of Physics and Astronomy, said: "The observations of torsional Alfven waves made by Marco and his team were remarkably similar to the behaviour seen in our MHD simulations, demonstrating the importance of these simulations for discovering and explaining wave generation mechanisms."

The researchers hope to be able to use new opportunities offered by recently commissioned facilities, such as the Solar Orbiter satellite and the ground-based Daniel K. Inouye Solar Telescope (DKIST), to continue to research the relevance of Alfvén waves and potentially further unveil the fundamental secrets of the Sun.