NHS Health Checks are not helping people who need them most 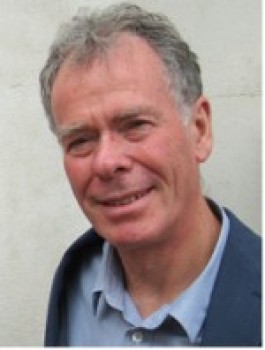 According to a seven year study led by researchers at Queen Mary University of London, involving more than three million people, only 8 per cent of those at greater risk of heart disease who would benefit from taking statins, were prescribed them.

Since NHS Health Check's introduction in 2009, the programme's uptake has been consistently low (below 25 per cent). In contrast, uptake in routine cancer screening is between 50-75 per cent.

NHS Health Checks are offered to people aged 40-74 every five years. Through measuring height, weight and blood pressure, blood tests, and a series of questions, they aim to identify risk of heart disease and other long-term conditions and provide treatment and advice.

But the results of the observational study, published in the British Journal of General Practice, suggests that a rethink of the programme is needed, with a more targeted approach to reach people at greatest risk of disease.

The study found NHS Health Checks did identify important new diagnoses that may have otherwise gone unchecked. These included high blood pressure, type 2 diabetes, chronic kidney disease - and in people 65 years and older atrial fibrillation (irregular heartbeat) and dementia – all conditions with a relationship to heart disease. But in those people found to have a high risk of heart disease, more than 90 per cent were not prescribed statin medication to improve their condition, despite it being clinically suitable.

Lead researcher Dr John Robson, Reader in Primary Health Care at Queen Mary University of London, said: "Heart disease is the biggest cause of premature mortality, so it is a huge concern. Reduction in cases has slowed in all Western countries and, since 2018, the UK has seen its first increases in deaths from heart disease in 50 years.

"We already know heart disease disproportionally affects people living in the most deprived areas. We also found that new diagnoses of diabetes, high blood pressure and chronic kidney disease were all associated with higher levels of deprivation. NHS Health Checks identified more new disease such as diabetes and high blood pressure in people from South Asian and black African/Caribbean ethnic groups and those living in more disadvantaged areas.

"NHS Health Checks are positioned to help tackle heart disease, but in their current form they offer the majority of attendees very little. The programme also needs to be better at reaching those at higher risk – including smokers, heavy drinkers and those who are obese – informing people of support to achieve healthier lifestyles and where necessary, the major benefits of safe and effective medication such as statins and medicine to reduce high blood pressure."